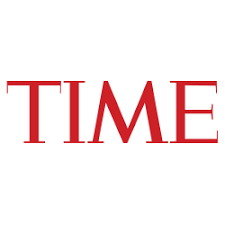 Some 2.5 billion people have no access to basic financial products like insurance and credit cards. Fixing that would fix a lot of the world's poverty problems.

With nagging questions about our ability to broadly raise the financial I.Q. of most people, the global financial education movement is pivoting to a large pocket where results are near certain and the impact may be greatest: the poor and unbanked.

Globally, half of adults totaling some 2.5 billion people do not have a formal bank account. This shuts them off from credit and savings opportunities that you may take for granted; it hinders their rise to a better life and squanders the potential to convert hundreds of millions of people from economic drains into economic contributors.

The vast majority of these unbanked are in underdeveloped nations likeKenya, India, Pakistan, and Columbia. More than 50 nations recently set targets for improving access to financial products—and the Alliance for Financial Inclusion, funded by the Bill and Melinda Gates Foundation, now has around 90 member nations supporting a set of common financial inclusion principles known as the Maya Declaration.

This is not just a less-developed world problem. Some 40 million unbanked are in the U.S., and the number of Americans more broadly defined as financially underserved is around 100 million. Activists like John Hope Bryanthave been arguing for decades that financial inclusion is in many ways a civil rights issue on par with the right to vote in 1962. It disproportionately affects minorities, women, youth, poor people, and rural dwellers. In some ways, this issue has been with us since Lincoln established the Freedman’s Savings Bank in 1865 to teach freed slaves about money and how free enterprise works. As Bryant writes:

“Today, particularly in inner city and underserved America, issues around money and the economy are mixed up and interrelated with emotions, self-esteem, identity, and even core issues of human dignity.”