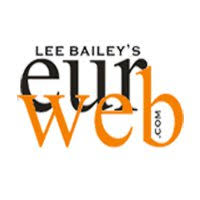 The following article is a response by John Hope Bryant of Operation HOPE to a column written by Anthony Asadullah Samad, published here on April 26, 2012.

*Operation HOPE, founded in South Central Los Angeles on May 5th, 1992, or exactly one-week following the Rodney King Riots in our community, has served more than 2 million low-wealth individuals, families and minority small businesses in Los Angeles, 273 urban cities across the United States, 7 Provinces in South Africa, Morocco and soon Saudi Arabia.  HOPE was founded following our first Opportunity Bus Tour in 1992, because we believed then, as we believe now, that once credible leaders and the media experience our amazing community for themselves, they will want to do more within it.

I see the work of Operation HOPE as “rainbows after storms,” but I take a moment today from our work to address a certain LA Op-Ed writer who sees me, and our work, as something altogether different.

First, let me say that the Op-Ed writer actually makes some very good points about what is still needed in our community, 20 years after the worst urban riot in U.S. history.  All the promises made by so many, and very often not kept.  The unmet needs, the devastating joblessness that must be arrested, and so on.  He would be right about all of that, except for just one thing — I was actually not commissioned by him, the mayor, the governor, the President of the United States, nor anyone else to save South Central.  I was commissioned by myself to act, and at a mere 26 years old at the time.  Often, I might add, with theactive-discouragement from those around me.  Individuals who over time have unfortunately become expert at what they are against.

So thin was the belief in me and my dream of a community better, at the time that I had to personally write the checks for the first $200,000 that the nonprofit Operation HOPE ever saw for its work in 1992.  Sponsored at the time by my own company, Bryant Group, that was $200,000 of my own money that I really didn’t have to give.  But I did it simply because I believed in my community so much.  I still do.

And so, I am comfortable with any so-called criticisms, and we can grow from the legitimate and constructive forms of criticism that actually aim to make us all better.  That said, a casual reader of this particular Op-Ed might actually have gotten the impression that it was more personal attack than professional commentary. In any regard, the writer has done us all a great favor.   He now forces us to tell our story, publicly and directly, which is actually a great thing.  Here are the facts: