HOPE Business In A Box Partner in the News: Datawind’s CEO Says Its $38 Tablet Is Just the Start. Could $19 Be Next? 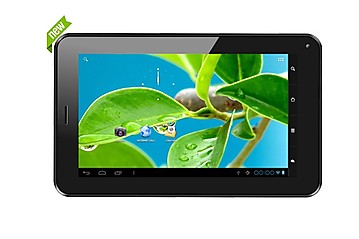 Image of a tablet from the Datawind website.
Datawind

The past 24 hours have been hectic for Suneet Singh Tuli, CEO ofDatawind. Since the Montreal, Canadian company announced that they were making their $38 Ubislate Android OS tablet— hitherto purchasable only in India — available to American consumers, Datawind’s phones have been ringing off the hook, and their website has been slammed with traffic.

“I can’t tell you the exact number of units we’ve moved just yet, but I will say this: We stocked what we thought was a very reasonable quantity, thinking that we’d do a quiet announcement and then make a bigger push in January — and everything we stocked is gone,” says Tuli. “If you go to our website, you’ll see we are no longer able to make deliveries until after Christmas.”

That’s some pretty strong support for Tuli’s consistent argument that cost is technology’s last great frontier — that, if prices on computing are simply brought down far enough, to the level of the cheapest consumer electronics goods (or below!), the digital divide would rapidly be bridged.

Datawind burst onto the global technology landscape in January of last year, as the winning bidder to supply hardware for India’s high-profile “$50 tablet” project.Speakeasy wrote about the company in January 2012. The story, from the start, hasn’t just been about technology, it’s really been about culture and economics. As I wrote in 2012, Tuli believes that  “The factor barring low-income individuals from the net wasn’t education or even infrastructure — it was, plain and simple, price.”

When Datawind’s first-generation Ubislate 7 was put on the market, their initial allotment of 30,000 sold out instantly, and backorders soon stretched into the hundreds of thousands. Questions were raised as to whether Datawind would be able to fulfill demand, both for consumers and the government-subsidized educational program that the project was originally intended to support. Controversy also erupted over the tablet’s specs, which were low-end to the point of being only marginally usable.

But even as the perils of overnight success threatened to upend the company, they pushed out new versions of the Ubislate — the 7+ and then the 7C+ and 7Ci — that addressed many of the critics’ complaints. “Since we started shipping at the end of April 2012, we’ve moved over a million units,” says Tuli. “We have been the largest supplier of tablets in India, and we’ve been doing bits and pieces beyond India — Telmex has been selling the Ubislate in Mexico, for example, and we have educational deployments in Nicaragua, Uruguay and some countries in Africa.”

As Datawind smoothed its supply chain and ramped up production, Tuli was approached by digital philanthropists in the U.S., asking why the company was restricting access to the Ubislate to emerging markets. “Mitch Kapor wanted to do something for the disadvantaged community around the Bay Area,” he says. “You have all these tech billionaires in Palo Alto, and right across the train tracks you have neighborhoods with a 60% dropout rate. And John Hope Bryant [chairman and CEO of the nonprofit Operation HOPE] wanted to do a campaign focused on teaching African American kids about entrepreneurship — what he called ‘HOPE in a Box,’ giving them a tablet loaded with entrepreneurial apps and free access to the Internet.”