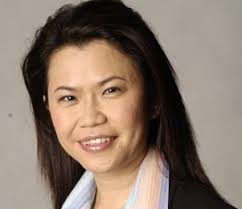 Member of Parliament for Singapore

We are honored to announce that the Honorable Penny Low will speak during the closing session of the HOPE Global Financial Dignity Summit on November 14th-15th, 2012, in Atlanta, Georgia.

Miss Penny Low has traversed more than 60 countries and is one of the 32 founding members of the New Asian Leaders by the Geneva-based World Economic Forum (WEF). WEF has honoured Penny as one of the 237 (out of 8,000 worldwide) founding members of the prestigious The Forum of Global Young Leaders (YGL). She has also been appointed by Prof Kluas Schwab, Chairman & Founder of the WEF at a Davos meeting, as the official link between the YGL and the Schwab Foundation for Social Entrepreneurs. She recently completed the Global Leadership and Public Policy at Harvard Kennedy School of Government. In 2007, Penny was honoured as a Yale World Fellow and a Yale Scholar by the Yale University, USA.

In 2001, Penny was the youngest elected female Member of Parliament in Singapore. Currently, she chaired the Government Parliamentary Committees (GPC) for Ministry of Information, Communication and the Arts, and serves on the GPC for Ministry of Finance, Trade and Industry, and the Ministry of Education. In addition to being the Chairperson on the Singapore-Peru Parliamentary Friendship Group, Vice-Chairperson of the North East Community Development Council, and the Pasir Ris-Punggol Town Council, she is also a Labour Union Advisor, active on several national committees, in particular those promoting enterprises and social entrepreneurship, town and community development, and inter-nation parliamentary friendship groups.

Read her complete credentials below.